Our most interesting findings are in messaging apps. Whatsapp (-62%) and Facebook Messenger (-77%) both lost a significant amount of screentime. Telegram (+366%) and Signal (+269%) were used a lot more . Even pre-millenium "apps" like SMS (+404%) and Phone.app gained However, Whatsapp was still used more than Telegram, SMS and Signal combined, even though it was offline. 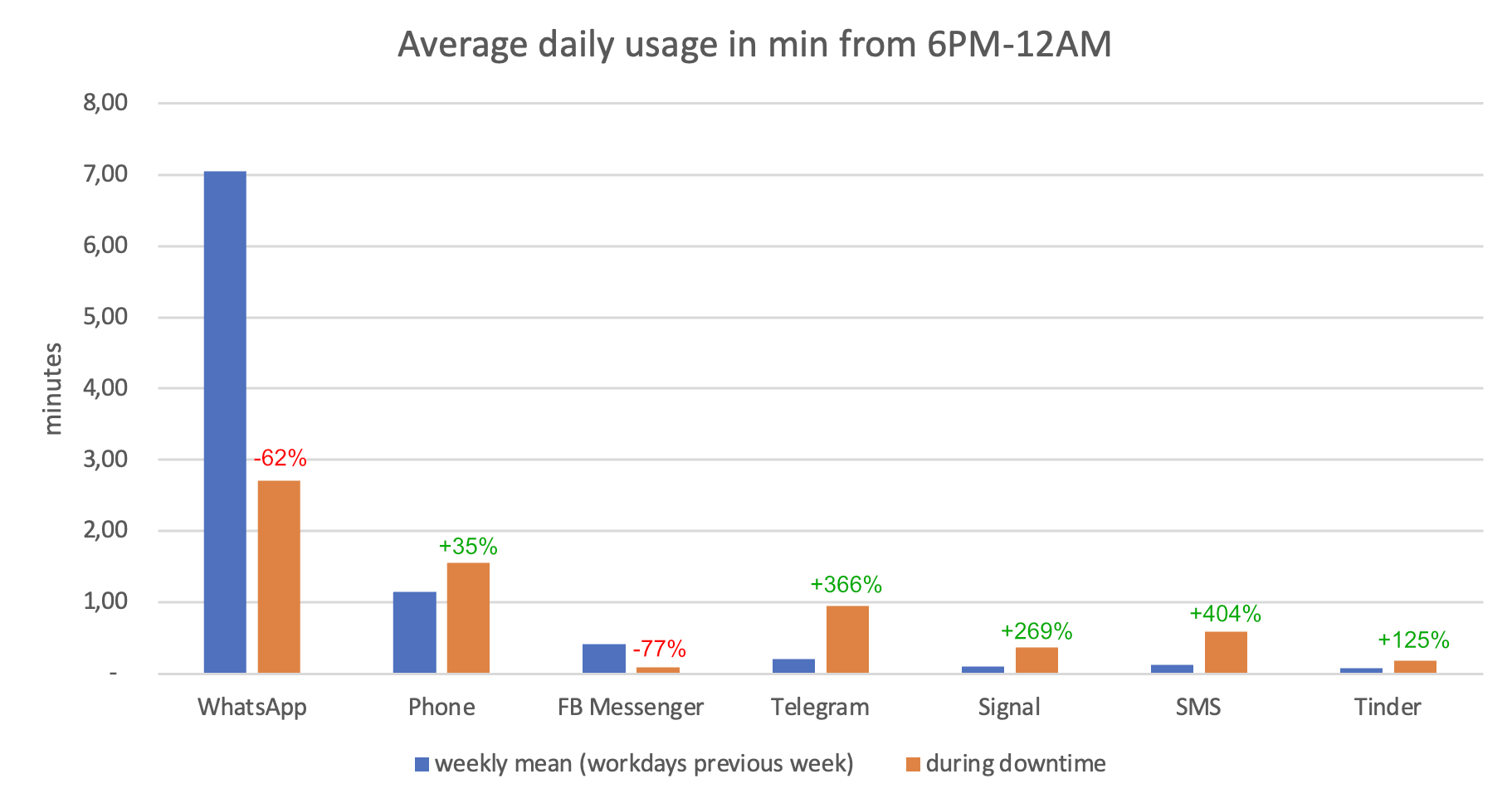 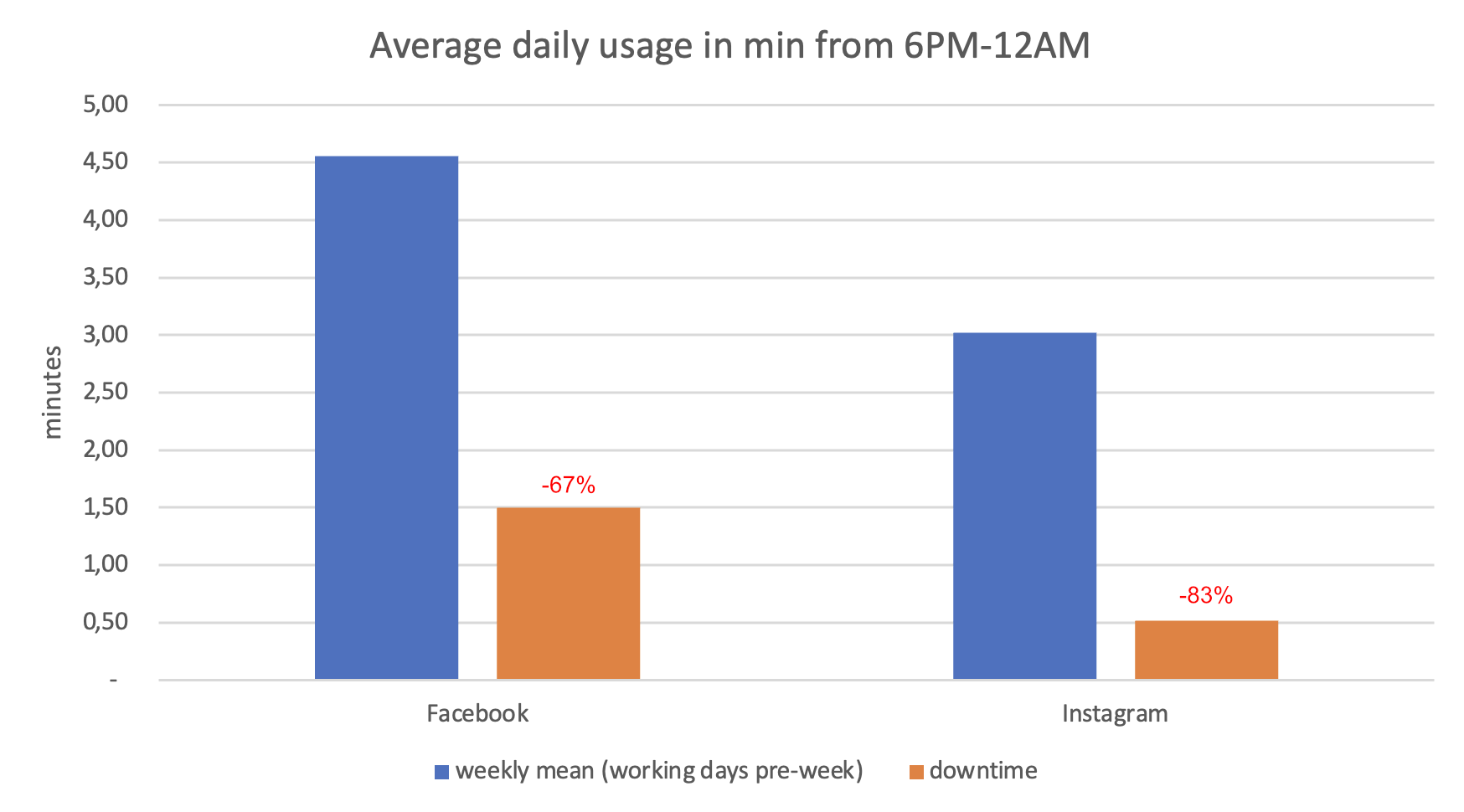 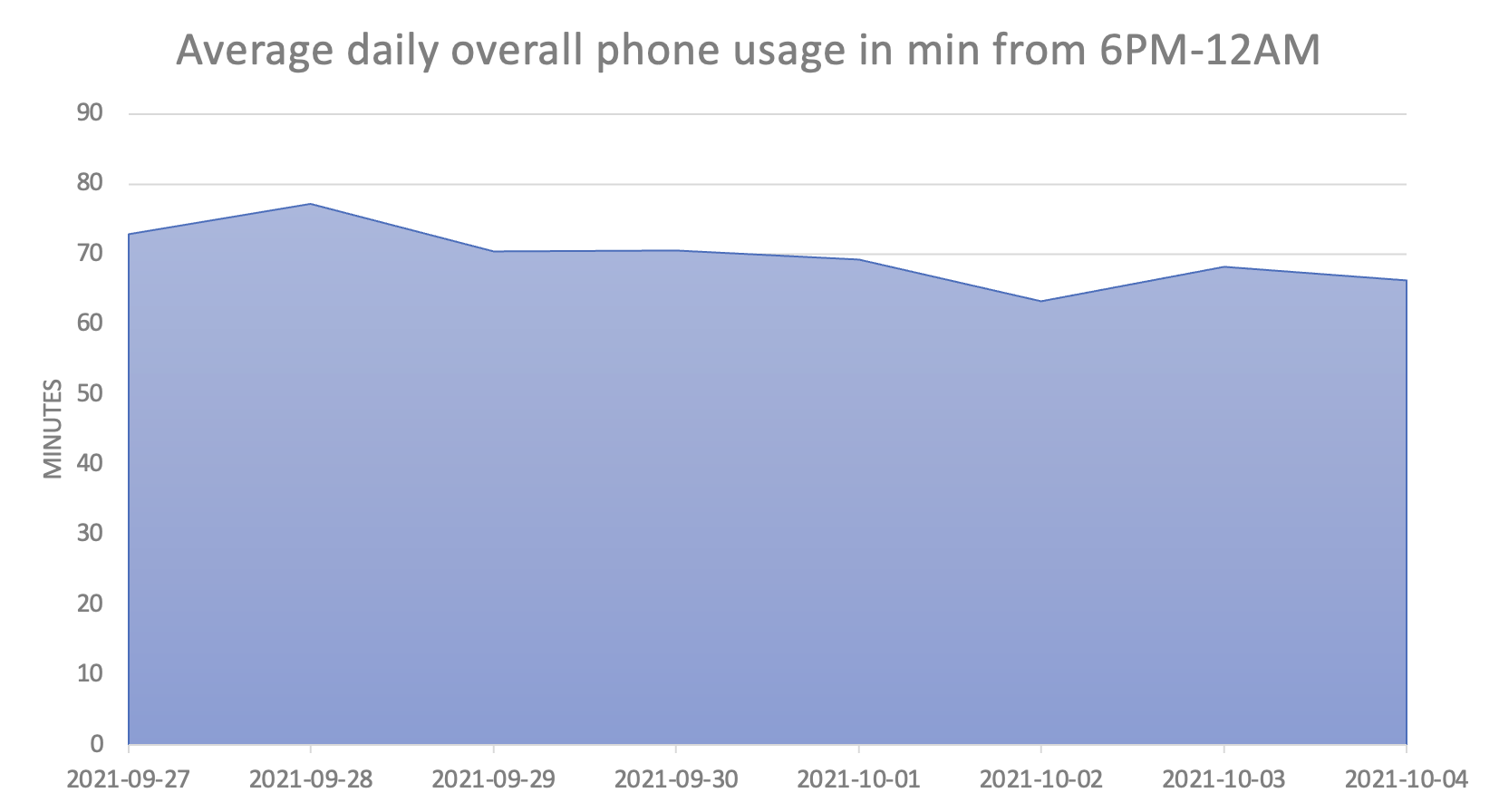